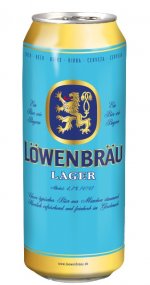 Vad i ligger det svenska?
A


"In 1631, King Gustav from Sweden took the city of Aschaffenburg. Legend has it, that the sweedish troops soon found out, that there was no single drop of beer in the barrels, while preparing the Johannisburg castle for the royal court.

As it happened, there was a foot soldier by the name of Joseph Lögler amongst this troops, who was proficient in brewing beer. The short form of Joseph is “Sepp” or “Seppel” for “little Joseph”. Obviously, by making beer the brave soldier Seppel was of much better use to the King of Sweden, because he was going lame due to an old battlefield injury to the leg. The injury was the cause for his nickname “Schlappe-Seppel”.

The beer of the brave soldier was very well received because of its excellence and very soon after the first brew, he had to make more beer. In the end, he stayed behind in Aschaffenburg, after the Swedish troops had left. He settled as a cooper and brewer. The Schlappeseppel Beer was born."